This debut novel takes on a magical journey through the life of a troublemaking, bad-grade-getting, computer nerdish teenage boy in the ’80s. Think you’re ready? You’re wrong. There are spoilers because this is one of those books that I would rather spoil it for you than have you waste time reading it. So if you want to read it without spoilers, stop here.

The book started innocently enough, with a boy (Billy) who can’t concentrate on school because he’s so into making programs and games on his Commodore 64. His mom gets SO UPSET when his report card is bad she takes away the power cord and hides it. But she very conveniently for the plot has a night job at a grocery store (like an honest to god grocery store, open 24 hours?) so he uses the combination that he figured out to retrieve it to use his computer anyway in the evenings while she’s gone.

Still with me? Cool.

So our hero has a couple of friends. One with a deformed hand that he was born with that they call “The Claw” (classy) and the other who seems to have unlimited access to money. Now our group is REALLY into Vannah White, and this story just happens to happen when her notorious Playboy issue came out and these guys. want. that. magazine. They try to think up different ways of getting it, from asking a skeevy stranger to buy it for them to eventually going in with the high school bully on a plan TO ROB THE STORE because unlimited $$$ buddy:

Still with me? No? That’s good because I’m already angry about the minimal time this book took to read and I’m reliving it all for your benefit right now.

Nothing so far has been extra spoilerish but some spoilers are coming now so seriously stop if you are actually planning to read this book.

So the shop owner who carries the Playboys has a daughter, who we discover is also a computer geek. When the boys do their first “dress up like adults and pretend to be 18 to buy the magazine” shenanigans he talks to her and she tells him about a contest for video game design. He tells her he has one going and they agree to work together on it for the contest. When the murder of boys decides that ROBBING THE STORE is the best way to get to the nakey Vannah, they decide that our main character is gonna “how to lose a guy in ten days” the passcode to the alarm out of her.

Okay I feel better. So throughout this book we have three major things happening. Billy and Mary are working to design his game The Impossible Fortress for this contest to win a newer computer. Billy, Clark, and Alf (yes, Alf) are planning to get this Playboy magazine by robbing the store with the older kid who got Mary pregnant. And Billy is falling for Mary whom he betrays and then has to win back because their game is a finalist in the competition.

This book is trying WAY TOO HARD. And halfway through the book I wished I had been keeping track of all the 80s references, it was like this book was cowritten by a cluster of Member Berries from South Park. 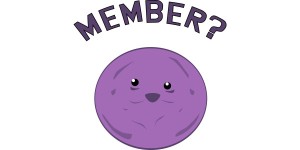 Half of the young adults reading this book aren’t going to get half of the references, and the other half they are only going to get because Care Bears and Pound Puppies are actually still on tv. I could barely follow some of them. This book digs deep into the 80s and presents them to children that hold computers in their hands, the coding for which is so advanced beyond anything that was done in this book. And what was the purpose of including teen pregnancy? To be controversial? It’s completely unnecessary. I ask the same of the purpose of this book.

I feel like I would rather direct you to Ready Player One with its dystopian future and its too convenient ending than have you read this book and feel as empty as I did at the end of it. It went everywhere and then nowhere and you’re left wondering what the fuck just happened. They are luring you in with nerd culture but they hand you nothing. Don’t fall for it. Jason Rekulak has a debut novel here. Perhaps his next one will be a good novel.