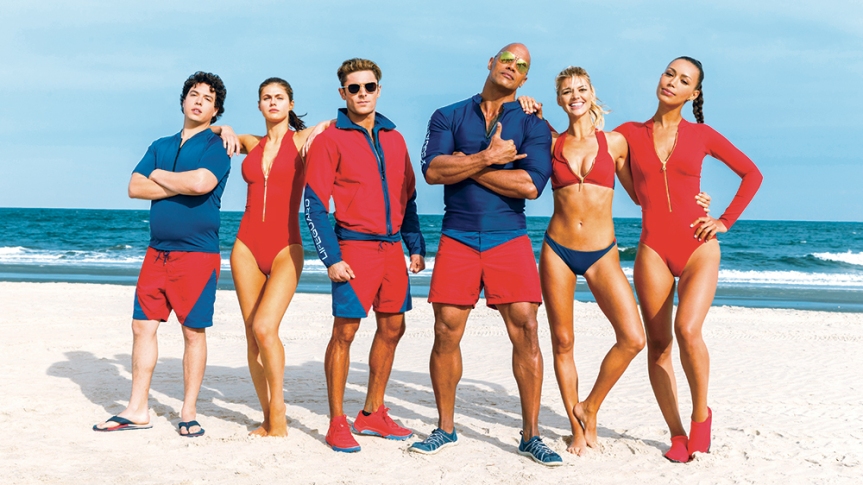 Infected with a head cold that my husband brought home on his literal last day of teaching for the year, armed with tissues, Aleve Cold and Sinus, and a hunger for french fries, I set out on Saturday for the Cinebistro to take in what I was hoping would be a completely fun movie.

I was not disappointed. The cute Ronnie going mute and dumb around his crush CJ, the will they/won’t they between Mitch and Stephanie, and the “hate turns to love” relationship between Summer and Brody hits all the romantic/general comedy tropes that you love.

Overall though it had me laughing throughout and the story was fun. Sometimes I think that we get so wrapped up in deep, Oscar-worthy, indie film types that we forget to go to the movies to enjoy ourselves. Baywatch isn’t going to win an Oscar, but it won over this cold, dead heart. Why don’t you go and enjoy yourself too. Have a great week!